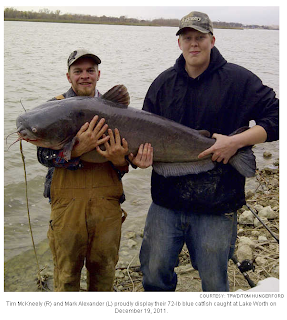 "The 120-pounder in Texoma was caught in January. The harder the wind blows out of the north and the colder it is, the better they bite."Terry Evans, 817-390-7620Twitter: @fwstevans
No comments: