Here is the official notice of rezoning for the county land being annexed into the City of Fort Worth.
Click on the image or link to view. 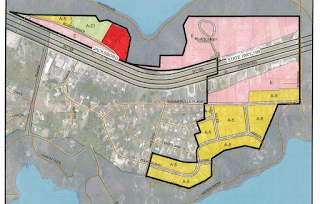 Here is the settlement between Fort Worth and Lakeside. The documents include drawings and a description of which properties will go to what city. 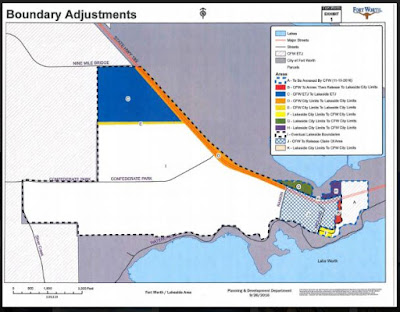 Here are my questions and answers from Jay Chapa, the Fort Worth Assistant City Manager.

3) Q. What are the costs to the residents?

A. The charges from the City to the residents include a tap and impact fee – many of which have already been paid by the residents. Residents will also be required to have private side work performed, to include hiring a private licensed plumber and electrician for the work to connect and power the new grinder pump, pump out and deactivate the septic tank in accordance with ordinances and regulatory requirements, and potentially install backflow prevention assuming a private side well is not permanently abandoned at the time of connection to the water system. Costs for these private side work activities will vary, depending on the lot configuration, landscaping, and individual preferences.

4) Q. What kind of notifications should we expect?

A. A public meeting will precede construction. At the public meeting, residents will be provided with a detailed listing of the requirements necessary to connect to the water and sewer lines, to include the necessary code inspections for the private side electrical and plumbing work. In addition, the Water Department will assign a staff member to both inspect construction and be a point of contact for residents during construction activities. Our field representative will also meet with customers to determine the exact location for the grinder pump to be installed. A notice will also be sent out when residents are able to make the connection to the public water and sewer.

5) Q. How is water and sewer going to be coordinated? Same or different times?

6) Q. What about the four homes by the pump station? Are they going to be connected at the time of Love Circle or when the Watercress work is to be done?

A. Connection of the four homes in the vicinity of the lift station to city sewer is not included in the Love Circle project. Connection of these houses to sewer in the future will be performed by a separate project.
No comments:

Saturday (October 1st) at Noon, the Scenic Shores Neighborhood Association held its annual neighborhood association meeting. We reviewed the important issues that affect Lake Worth and our neighborhood.

This Saturday (October 1st) at Noon, the Scenic Shores Neighborhood Association will be holding its annual neighborhood association meeting. We will review the important issues that affect Lake Worth and our neighborhood.  This will be your opportunity for you to hear what's going on and to ask questions.
Neighborhood issues we will discuss:
Who: Scenic Shores Neighborhood Association
When: Saturday, October 1st 12:00 (Noon)
Where: Front yard meeting
7504 Love Circle
Fort Worth, TX 76135
(We will just be meeting in the front yard next to the street so bring a chair if you want to sit.)
Sincerely,

I just received the TXDOT stats on the Hwy 199 "death zone" for the last 60 months. The numbers are horrifying:

These are not "just numbers." They are horrific family tragedies. Let's get Hwy 199 rebuilt and put an end to this unnecessary pain.

IMPROVEMENTS PLANNED FOR TEXAS 199 ‘DEATH ZONE’ NEAR AZLE, LAKE WORTH

LAKE WORTH - On a rainy day nearly four years ago, Azle resident Robert Spracklen was driving his pickup eastbound toward Lake Worth on Texas 199 when a westbound driver lost control of his vehicle and spun into Spracklen’s lane.

“He was already facing in reverse when he hit me. He jumped over that itty-bitty, two-inch-tall median and hit me broadside,” said Spracklen, 50, a maintenance manager for a large company who has been disabled since the March 10, 2012, crash. The collision on Texas 199, also known as Jacksboro Highway, left Spracklen with back and knee injuries that have required numerous surgeries.

Nonetheless, he was thrilled Tuesday to hear state officials discuss their plan to improve safety on 6 miles of the Texas 199 corridor, including construction of a taller median barrier to prevent head-on collisions in the same area where Spracklen was hurt.


“I don’t want anyone else to go through this,” he said. “You’re making a nice living in life, and all of a sudden one day you’re not able to.”

The Texas Department of Transportation is committing to making a series of improvements to the area, which extends from Farm Road 1886 (also known as Confederate Park Road) near Azle south to Loop 820, where Lake Worth meets Sansom Park and Fort Worth, an official said.

During the spring, the agency will install concrete median barriers west of the Lake Worth bridge to prevent head-on crashes, said Brian Barth, the transportation department’s Fort Worth district engineer. He said that work, as well as possible improvements in the median areas east of the bridge, will be covered from the agency’s routine maintenance funds.

Barth said he didn’t have a specific cost for the short-term work but thought it would be minimal — mainly limited to the cost of concrete needed for the barriers — because the agency can use its maintenance staff to fix the medians rather than pay a private contractor for labor.
Long-term fixes

Then, thanks to new funding sources in Texas, Barth said, the long-awaited completion of freeway lanes from Farm Road 1886 to Loop 820 will likely be built beginning in 2017 or 2018. That project is expected to cost roughly $90 million.

And a full redesign and reconstruction of the Texas 199/Northwest Loop 820 interchange could be built as soon as 2020. That project could cost $210 million, depending upon redesign costs and other factors, officials said.

Those projects have been on the drawing board but delayed for years because of the state’s lack of highway revenue, Barth said.

The new funds will come from a combination of sources, said state Rep. Charlie Geren, R-Fort Worth, who attended a press conference along Texas 199 on Tuesday to discuss the plans. Geren faces challenger and family friend Bo French in the March 1 Republican primary.

The sources include Proposition 1, which was approved by voters statewide in November 2014 and allows for a portion of revenue from oil and gas activities to go toward road work, as well as Proposition 7, approved by statewide voters a year later that allows for a portion of general sales tax and motor vehicle sales tax revenues to go to highways, Geren said.

And finally, some money likely will come from the Legislature ending its longstanding practice of diverting highway funds to other state programs. The ending of diversions is expected to bring in $1.3 billion. Earlier this month, officials announced that some of that money would be used to improve Texas 199 just south of Azle.

For residents who live a few miles south of Azle, in the Lake Worth area, the improvements can’t come soon enough.

“This area right here we call the ‘death zone,’ said Michael Dallas, president of the Scenic Shores Neighborhood Association, which represents many residential areas along the corridor. “It has been infamous for accidents for many decades.”

At least four serious accidents have occurred during the past two months, Dallas said.

He said that in addition to the dangers at the Lake Worth bridge, many accidents occur at the intersection of Texas 199 and Surfside Drive, less than a mile to the north.

TXDOT and State Representative Charlie Geren committed to immediately mitigate the "death traps" around the Lake Worth bridge as well as to fund the $210 million raised highway from Surfside to Loop 820. You can watch the conference and the Q&A's:


Here is the Star Telegram article from the press conference on February 17, 2016 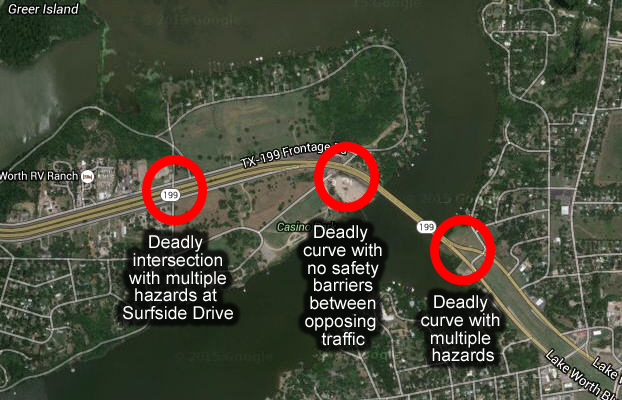 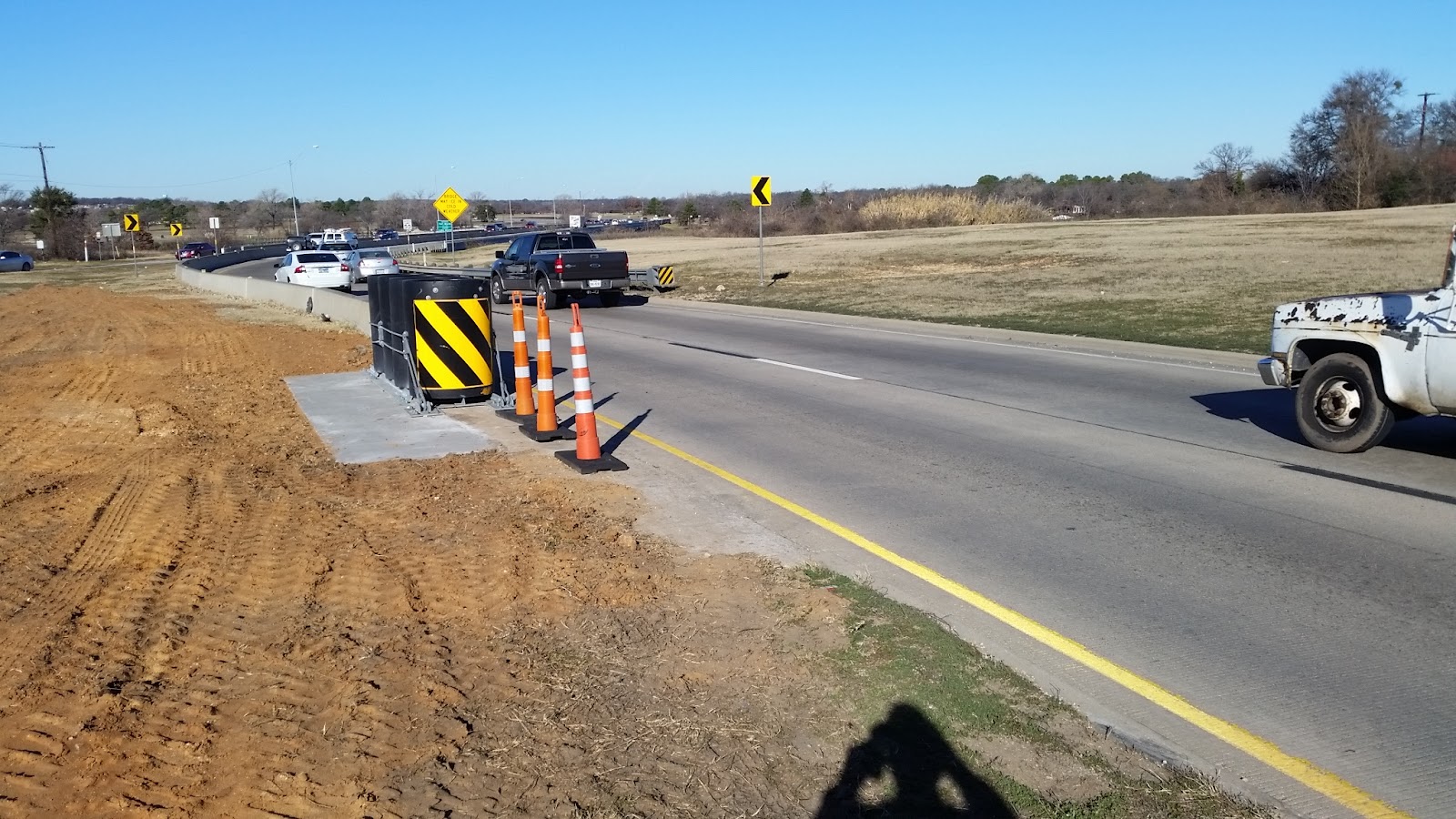 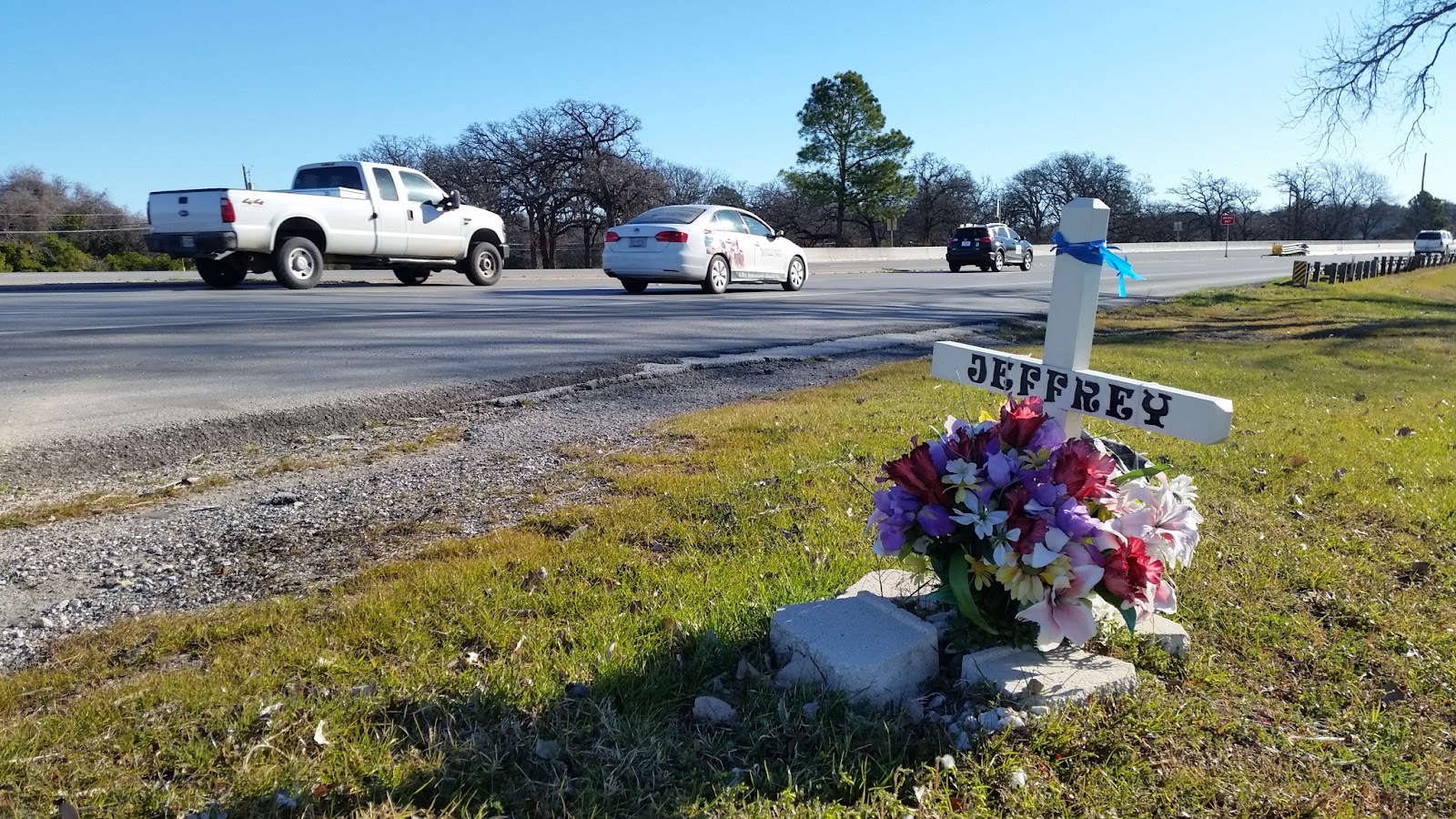 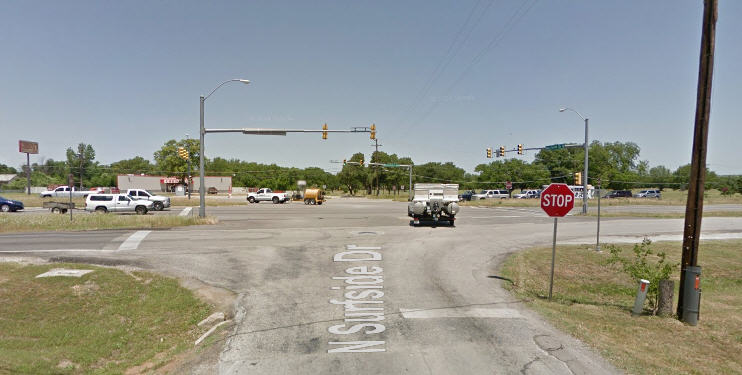 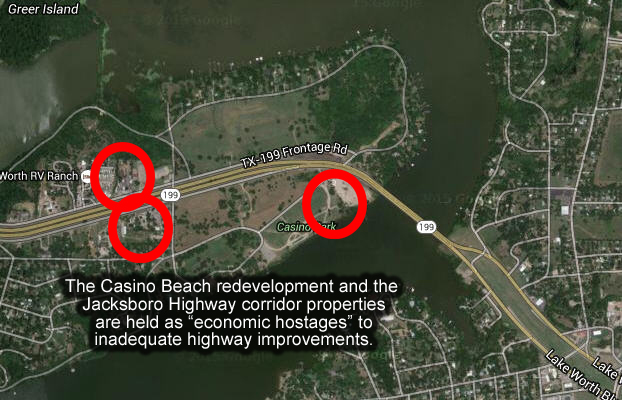 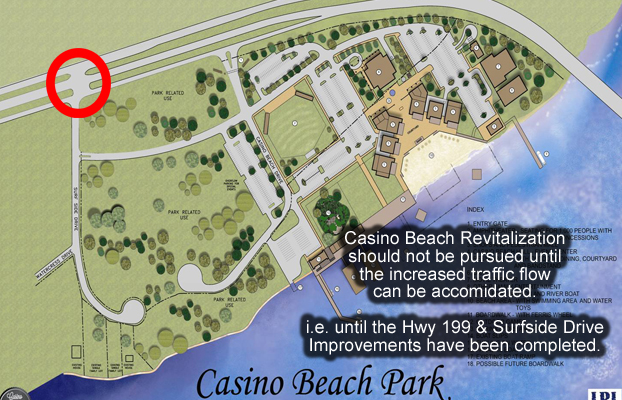 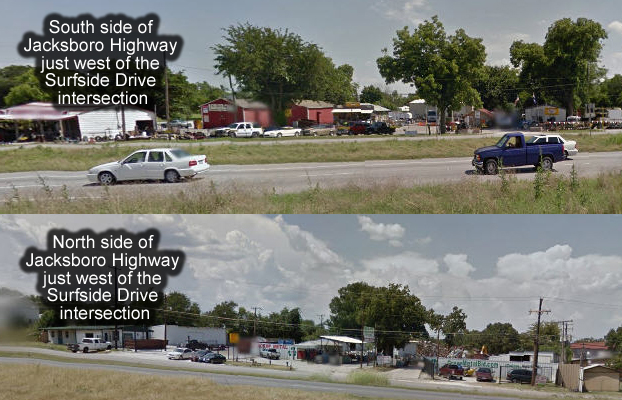 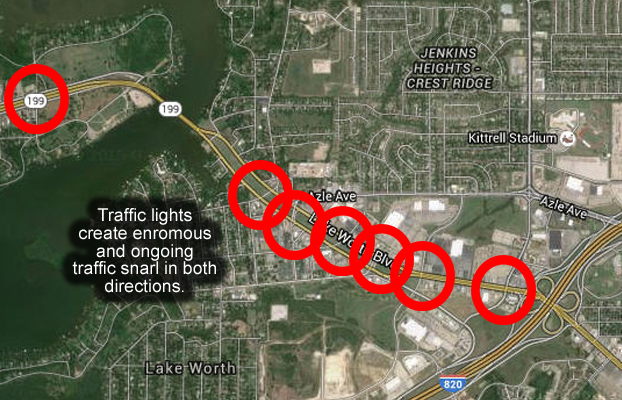 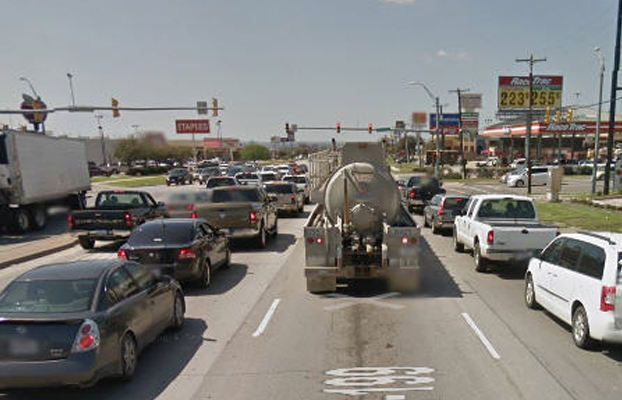 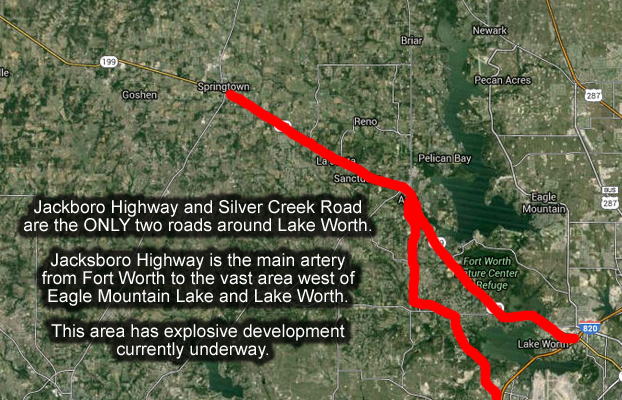 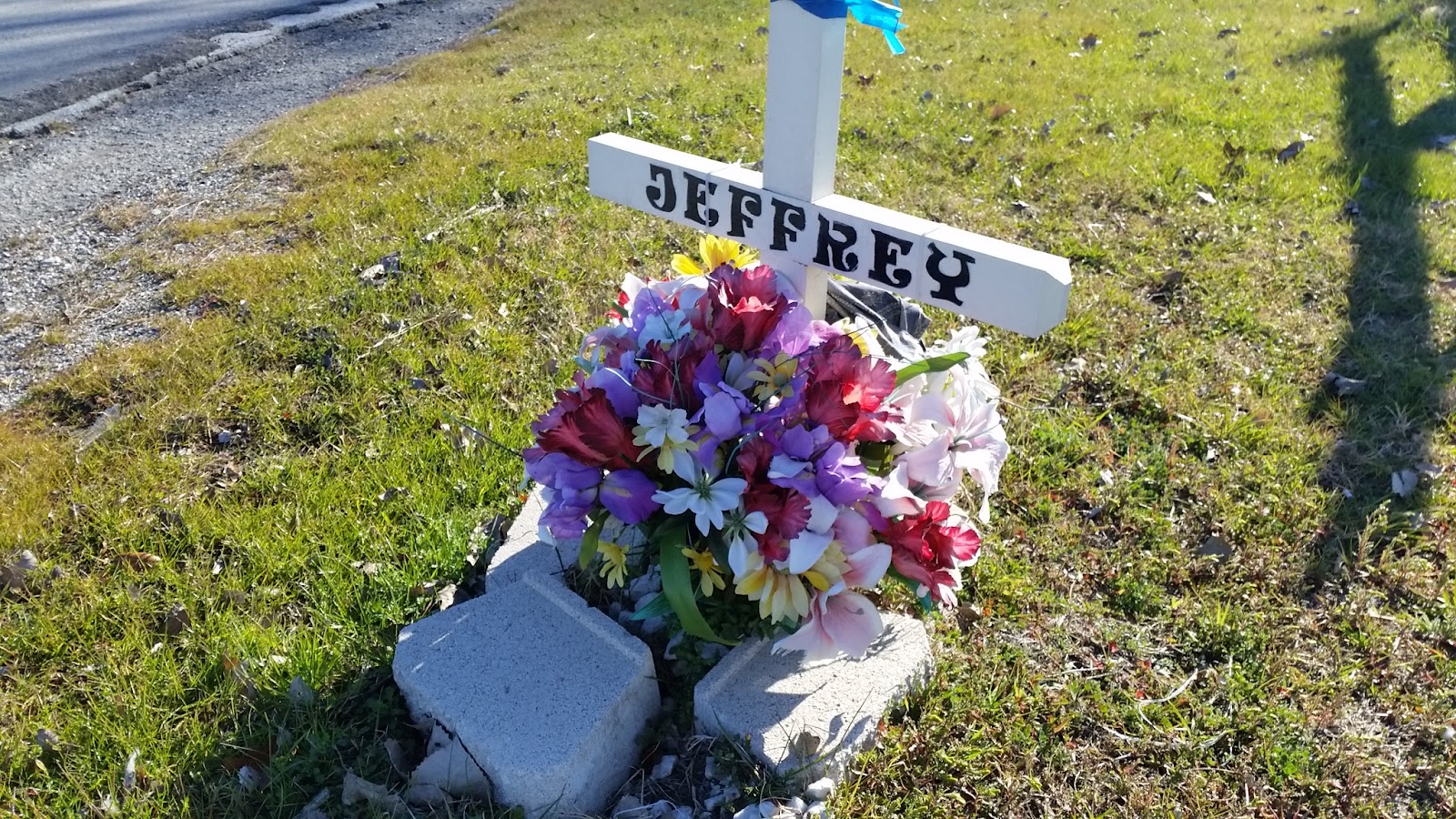 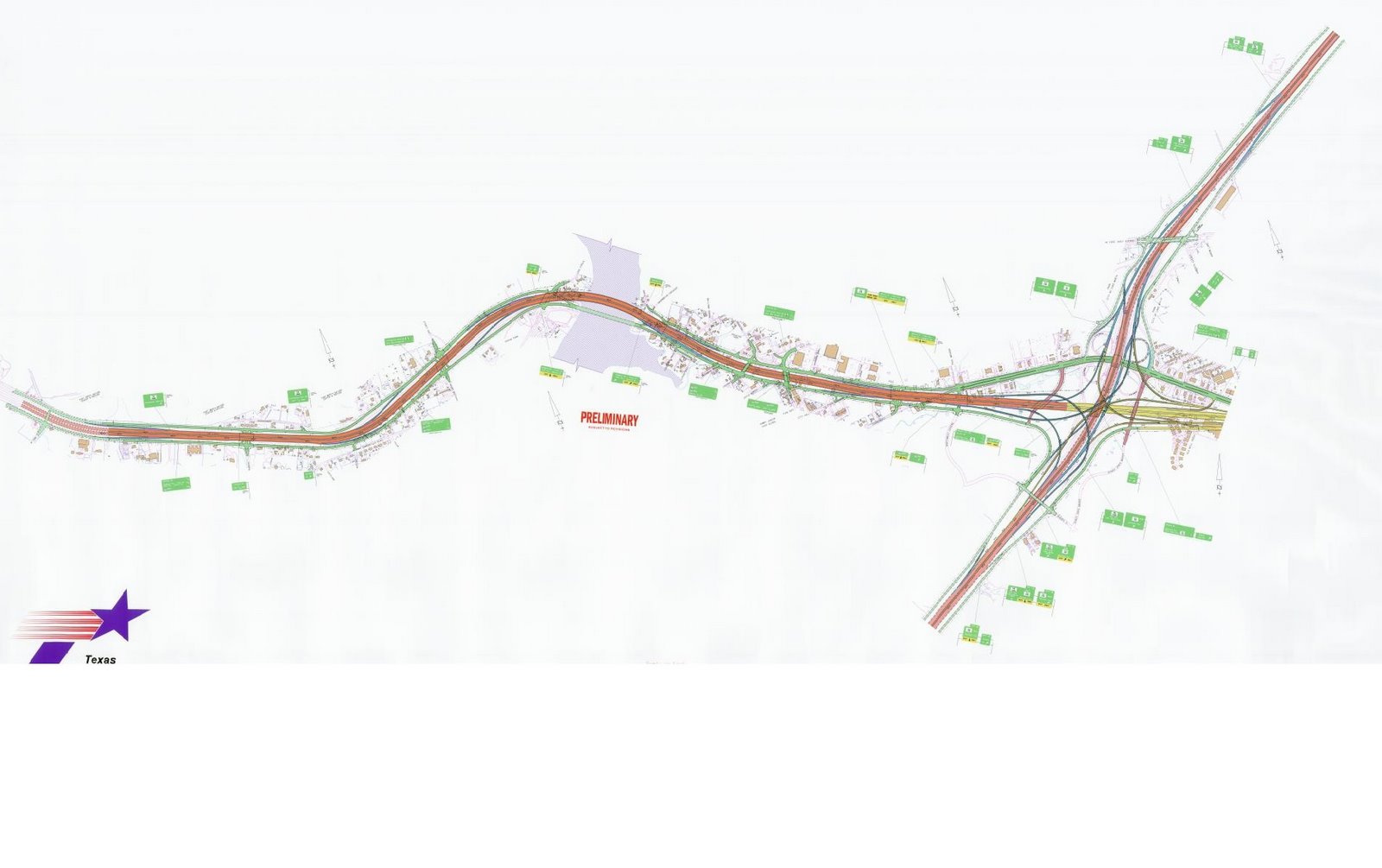